By Ruth Tricker
CR is a 42-year-old gardener who has been treated over many years for gynaecological problems, anxiety depression and irritable bowel syndrome (IBS).

In 1998 she presented with a marked change in her usual symptoms of PMS and depression, and described a history of increasing fatigue and insomnia accompanied by flu-like symptoms.

This had been preceded by a period of more than usual stress and anxiety.

Her main symptoms were generalised aching in the upper thoracic area and arms, neck stiffness, and aching in the lumbar area as though she ‘might be getting the flu’.

These symptoms became worse if she slept poorly or was very stressed, if she worked for long hours or many days without a break, or if she became very cold.

She was unclear as to how long the aches and pains had been present, but thought that they had been gradually becoming more generalised over the past three months. She had not caught any colds or flu for the past year and had no obvious signs that indicated that she had any type of viral infection.

During the last six months she had been seeing a masseur for relief of pain in the arms that she described as a type of over-use syndrome related to her job.

It was quite difficult to obtain a clear history from CR. She was only able to give a vague indication of pain distribution and quality because she was ‘having a good day’ at the time of the consultation.

This is common in chronic pain syndromes; it can be quite difficult to arrive at a diagnosis because pain is often ‘forgotten’ and is notoriously difficult to describe. I was fairly certain that her symptoms were consistent with fibromyalgia, but asked her to keep a pain diary for the next month outlining:

I planned to use this information in a referral letter to her GP or to a rheumatologist if this was thought necessary.

Prior to her next visit she had been seen by her GP and then a rheumatologist who confirmed a diagnosis if fibromyalgia. She was offered no treatment apart Epilim (which she refused to take) and some vague advice about changing her lifestyle.

I suggested she attend a comprehensive lifestyle program offered for fibromyalgia, but she was very resistant to this idea. As a compromise she agreed to do yoga regularly and she was started on the following herbs and supplements with good effect:

Magnesium Biocomplex 2 BD, Withania is a nervine tonic and adaptogen and seems to be specifically indicated for fibromyalgia.

A postulated mechanism of action is that this herb dampens the fight and flight response via its adaptogenic properties and facilitates improved relaxation.

Improving sleep patterns seems to be an essential component of fibromyalgia treatment.

Lavendula and Zizyphus are indicated for anxiety, have a calming action and improve sleep.

Hypericum seems to moderate pain response as well as improving sleep patterns, particularly when repeated waking is a problem.

CR stayed on the herbs and magnesium for 6 months without a break and then intermittently as needed for the next three years.

In 2002 she reported that the herbs were no longer helpful and that she had developed pain in the hands wrists and feet.

In addition to the Withania mix, she was given Boswellia Compound 2 BD. These symptoms settled within one month and the Boswellia was discontinued. Another of these episodes occurred in 2003, but settled quickly with Boswellia.

Early this year, she again presented with an episode of pronounced pain. Her primary symptoms were painful joints, particularly the PIP, MCP and MTP joints, wrists and occasionally her ankles and knees. She described prolonged stiffness on arising lasting for about one hour.

Examination revealed limitation in range of movement and pain in the left wrist, both ankles and most digits on both hands with slight joint swelling in several PIP and MCP joints.

These symptoms are much more likely to be related to an inflammatory arthritis rather than fibromyalgia. She was sent back to her rheumatologist for an opinion on these developments who felt that she either had sero-negative rheumatoid arthritis or psoriatic arthritis.

X-Rays of hands and feet were ordered which showed minimal joint destruction. She was prescribed Vioxx 25 mg daily although her rheumatologist agreed that pain management was more than adequate with Boswellia and that she should only use the Vioxx as rescue medication (ie when the pain was not controlled by Boswellia)

Her prescription has been changed to: 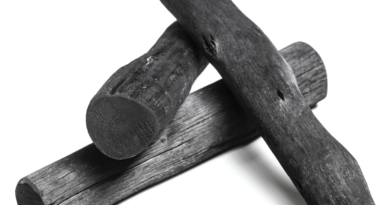 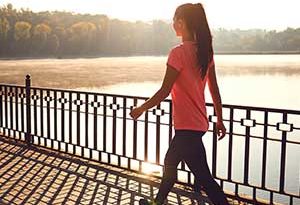