The Effects of Silicol Skin on Moderate to Severe Acne: UK Field Survey, with members of The Acne Support Group. This study was designed to assess the effect of the naturally occurring essential trace element silicon, the active ingredient in Silicol Skin on cases of moderate to severe acne. The study asked members of the Acne Support Group to use Silicol Skin in accordance with the packaging instructions over a period of 6 weeks. They completed identical questionnaires on the type and severity of acne before and after treatment. A statistically significant 86% overall improvement was reported with most acne sufferers citing the chin as the area which showed the biggest improvement. Some participants benefited from total disappearance of their acne in some locations. Furthermore, no statistical difference was noted when comparisons were made between members using Silicol Skin only and those using it in addition to their prescribed oral medication. These findings show that Silicol Skin can be used to help improve moderate to severe acne. Advances In Natural Therapy, Vol 18, No 2 March/April 2001 The Evaluation of the Efficacy of the Preparation Silicol Skin for the Treatment of Mild and Moderate Intensity Simple Acne: This study was designed to assess the efficacy of Silicol Skin in comparison to the leading OTC brand in children and youths suffering with juvenile acne. The study concluded that Silicol Skin proved to be an effective medication for juvenile acne. Dermatological improvement was seen in the reduction of amount of sebum, comedones and inflammation. Silicol Skin was found to be more effective than the leading OTC brand of acne treatment tested. There were no unwelcome side effects observed by the Silicol Skin testers. Paediatric Institute of the Medical Academy in Poznan, Poland. Krystyna Alkiewicz and Jerzy Alkiewic, March 1999

Silicol Skin on persons with acne: The subjects were divided into two groups, those with mild acne and those with severe acne. Sebum production (a major cause of acne), creation of comedones, and inflammation were measured, before the therapy, at 3 weeks, 6 weeks and 9 weeks of therapeutic treatment. There was a substantial reduction (38-65%) in sebum excretion in the subjects using Silicol Skin. In both the severe and mil cases there was a substantial clinical improvement with the subjects who used Silicol Skin in comparison to those who used the placebo, although the results were shown even more clearly in the severe acne group. The study concluded Silicol Skin helps substantially in the healing of acne and combats skin greasiness, it may also be used as a precaution by subjects who have a tendency for acne. Study completed at the University Clinic for Skin and Veneral Diseases, Hospital of A Syggros, Greece. Alexandra Katsarou-Katsari, Vasso Koufou, Kyriakos Xenos, Ioannis Stratigos, February 1995 The Effect of Silicol Compared with Placebo on Papulopustular Acne and Sebum Production: A Double-blind Study. 30 patients (19 females and 11 males), mean age 19 years were randomly into two groups. All patients had chronic papulopustular acne of the face. A total of 15 patients were treated topically with Silicol for 20 minutes, twice daily for six weeks and the remaining 15 patients were treated with a placebo gel in a similar fashion. A clinical evaluation was carried out at baseline, and after 2, 4 and 6 weeks of treatment. The clinical variables evaluated were as follows: number of comedones, papules, pustules and cysts on a standard area of the left cheek (5 x 5 cm) and measurement of sebum production on the same area by the use of Sebumeter SM 810 PC (Courage and Khazaka, Ltd, Germany). In the active group, the number of comedones decreased from a mean of 48.5 to 15.1 after 6 weeks of treatment. The corresponding figures for papules were 10.7 and 1.0, for pustules 6.8 and 0, and for cysts 0.6 and 0. In the placebo group no improvement could be observed. There was a highly significant difference in efficacy between the two groups (P < 0.001) in favour of the actively treated group. The mean sebum index was 193 at baseline and 88 after 6 weeks. Correspondingly, in the placebo group the mean sebum index at baseline was 187 and after 6 weeks, 179. This difference between the two groups was also statistically significant (P < 0.001). After a short follow-up period (3 months) no deterioration was observed in the 14 active patients, showing either complete cure or improvement. Research carried out at the Department of Dermatology, Helsinki Research Center, Helsinki, Finland. Published in The Journal of International Medical Research 1996; 24: 340-344. A Lassus et al. 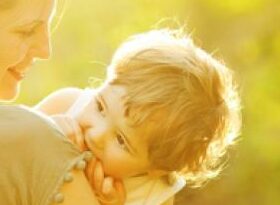