Herbs for Her: Botancials that Benefit Women

Michael Thomsen, N.D., M.H. Due to the cyclic nature of female hormones generally inspires women are generally very aware of changes in their health and wellbeing from a young age. Australian herbalist Ruth Trickey reports that while women in earlier ages only had about 40 menstrual periods in a lifetime, modern women have an average of 360 to 400 periods due to better nutrition, earlier menarche, fewer pregnancies, and longer life expectancy in this time.1 This fact alone constitute the need in the community for safe and effective treatment of menstrual disorders. Many women are understandably cautious of using pharmaceutical medicines too frequently for such natural conditions. especially when there are effective natural treatments such as phytomedicines. Several herbs have established a reputation the treatment of female conditions. Following is a brief look at a number of phytomedicines that can specifically address women’s healthcare needs. . .including an in-depth look at some specific “women’s herbs”.

Uterine Tonics  Uterine tonics can have a normalizing effect on the uterus and improve uterine function. Uterine tonic herbs include dong quai, false unicorn root, and red raspberry leaf. Dong quai (Angelica sinensis): Dong quai is one of the most important female herbs in Traditional Chinese Medicine (TCM), in which it is classified as a “blood tonic”. Such TCM remedies are prescribed for treating dizziness, dry skin, late or absent periods, pale menstrual flow, pallor, and weakness. . .especially weakness after menstrual period, after giving birth, or during lactation. Dong quai also is indicated for amenorrhoea, dysmenorrhoea, irregular menstruation and leucorrhoea.1 Despite being a popular menopausal formulation ingredient, dong quai does not have an estrogenic effect. Therefore, it has little effect on common menopausal symptoms such as hot flashes; although it may be beneficial for other conditions during this period of life. The recommended dosage of dong quai is 2-4 ml of a 1:2 liquid extract three times daily. False unicorn root (Chamaelirium luteum): This Native American herb is the most popular uterine tonic in Western herbal medicine. While there is little research to support false unicorn root’s popularity, it does contain dioscin, a precursor of the steroidal saponin diosgenin that seems to have a regulating effect on the hypothalamus-pituitary-ovarian axis. Therefore, this plant may be more of a ovarian regulator than a uterine tonic. Since wildcrafting threatens this herb, suitable alternatives such as peony (Paonia lactiflora) or true unicorn (Aletris farinosa) should also be examined.1 The recommended dosage of false unicorn root is 1 ml to 2 ml of a 1:2 liquid extract three times daily. Red raspberry leaf (Rubus idaeus): Although this Northern Hemisphere-indigenous botanical is used medicinally, little is known about its active constituents. The compound fragarine is thought to be responsible for red raspberry leaf’s uterine tonic effect. Red raspberry leaves has been drunk as a tea to aid lactation, ease labor, prevent or relieve nausea, and relieve menstrual pain and heavy periods. It is likely that this herbal also can have a regulating effect on uterine contractions, preventing overly forceful and too frequent labor contractions.1 Unless a practitioner is very familiar with herbal treatment during pregnancy, treatment with partus praeparators such as red raspberry leaf as well as blue cohosh (Caulophyllum thalictroides) and partridge berry (Mitchella repens) should not commence until the third trimester. The recommended dosage of red raspberry leaf is one tablespoon dry leaf by hot water infusion three times daily or 2-5 ml of a 1:2 liquid extract three times daily.

Uterine Spasmolytics Spasmolytic or antispasmodic herbs can have a relaxing effect on smooth muscle such as the uterus. They are often used to relieve pain due to cramping and restricted blood flow during menstruation as well as help to prevent miscarriage and calm the uterus during labor. Spasmolytic herbs include black haw (Viburnum prunifolium), chuan xiong/cnidium (Ligusticum wallichii), cramp bark (Viburnum opulus), licorice (Glycyrhhiza glabra), motherwort (Leonurus cardiaca), peony, and wild yam (Dioscorea villosa). Cramp bark (Viburnum opulus): There is much uncertainty about which constituents provide this phytomedicine’s uterine-relaxing effects. However, two of its compounds are reportedly active: the coumarin scopoletin, and viopudial. The recommended dosage of cramp bark is 2 ml to 4 ml three times daily of a 1:2 extract. Since the plant’s bitter compound viburnin may cause nausea, it may be beneficial to take cinnamon (Cinnamomum spp.) or ginger (Zingiber officinalis) with it.

Emmenagogues Emmenagogues can increase the strength of uterine contractions to efficiently expel the uterine’s contents. Such natural medicines are usually prescribed for treating slow or delayed menstrual periods brought on by factors such as hormonal irregularities. They have also been used traditionallty to bring on a late period due to pregnancy. However, this practice is dangerous, illegal and frequently unsuccessful.1 Emmenagogues should only be prescribed by trained herbalists and are not appropriate for a retail environment. They include mugwort (Artemesia vulgaris), pennyroyal (Mentha pulegium), rue (Ruta graveolens) and sage (Salvia officinalis).

Antihemorrhagics Several herbs are useful antihemorrhagics that can help reduce heavy menstrual periods. However, it is imperative to ascertain the cause of excessive bleeding before treatment. Heavy periods are the most commonly caused by adenomyosis, disorders of the blood or liver, endometriosis, functional menorrhagia, hormonal imbalance, intrauterin device (IUD) use, pelvic inflammatory disease (PID), and uterine fibroids. Functional menorrhagia is almost always related to a prostaglandin imbalance which causes reduce blood clotting and dilated blood vessels. Iron deficiency anemia can cause abnormal uterine bleeding and be the result of it. Other uterine bleeding-related nutrients include essential fatty acids (EFAs) and vitamins A and K. Dietary intake of flavonoids and phytoestrogens can also influence period heaviness.1 Herbs that can treat functional menorrhagia include beth root (Trillium erectum), ladies’ mantle (Alchemilla vulgaris), shepherd’s purse (Capsella bursa pastoris), Tienchi ginseng (Panax notoginseng), white deadnettle (Lamium album), and yarrow (Achillea millefolium). Tienchi ginseng: This herb is the active ingredient in the patent medicine Yunnan Bai Yao, which is considered to be a very safe antihemorrhagic. It is an acute treatment that should only be prescribed during bleeding. Tienchi ginseng traditionally is taken as a tablet for treating menorrhagia. The recommended dosage of it is one 500 mg tablet every two to four hours.

Hypothalamus-pituitary-ovarian regulators Disorders of the hypothalamic-pituitary unit, also known as the central control mechanism, include amenorrhoea, heavy menstrual periods, irregular cycles, and premenstrual syndrome (PMS). Many herbs are known to influence hormones such as follicle stimulating hormone (FSH), luteinizing hormone (LH), and prolactin. Black cohosh (Cimicifuga racemosus m>), chasteberry (Vitex agnus castus), and peony are the three most established and important herbs that can affect such disorders. Black cohosh (cimicifuga racemosa): This phytomedicine can be especially effective in treating arthritic aches and pains, menopausal hot flushes, nervousness and depression, sleep disturbances, and vaginal dryness and thinning of the vaginal lining. It also can relieve painful periods, PMS, and uterine cramping. Black cohosh’s most active constituents are the isoflavones, such as aromatic acids, formonoetin, phytoestrogen, and triterpene glycosides. It also contains fatty acids, resin, starch, sugars, and tannins. Pharmacological studies also have demonstrated that the plant’s root contains substances with endocrine activity. During menopause, the hypothalamus can cause an increase in FSH and LH from the pituitary when the ovaries produce less estrogen. It also releases noradrenalin, which is thought to produce a hypothalamic reaction which creates hot flashes. Black cohosh contains three different chemical compounds that can work together to reduce menopausal symptoms by affecting estrogen receptors, LH, or both. Hot flashes coincide with surges in LH production. Black cohosh can reduce LH and therefore hot flashes. The herb also can reduce the number of hot flashes by attaching to some estrogen receptors, tricking the hypothalamus into acting as if the ovaries have produced sufficient estrogen. While black cohosh extract does not act as rapidly as hormone replacement therapy (HRT), it can be equally effective. Also, it can be used long-term with little or no side effects, and has no dependence associated with its use.2 Black cohosh is safe and side effect-free in normal therapeutic dosages. However, it can be potentially toxic if ingested in very large doses. Such poisoning may cause symptoms such as headache, nausea, and vomiting as well as cardiovascular (CV) collapse and convulsions. It also should not be taken during pregnancy except during labor. The recommended dosage of black cohosh is 1 ml to 2 ml daily of a 1:2 liquid extract.

Chasteberry (Vitex agnus castus) Chasteberry can help relieve complaints which worsen premenstrually including breast tenderness, depression, fluid retention, and moodiness. These complaints may be caused by latent hyperprolactinaemia, a syndrome characterized by lower than normal progesterone secretion and normal to mildly elevated prolactin levels. Chasteberry also can help treat amenorrhoea and menstrual irregularities.1 In one trial, 13 women with elevated prolactin levels and irregular menstrual cycles were given a German preparation containing chasteberry extract. This treatment reportedly decreased the women’s prolactin levels and normalized their menstrual cycles.3 In another study, 52 women with luteal phase defects due to latent hyperprolactinaemia took part in a randomized, double blind, placebo-controlled study. After three months treatment with chasteberry, their prolactin and progesterone levels were normalized without any side effects. Two of the women actually became pregnant during the study.4 The recommended dosage for chasteberry is 500 mg to 1,000 mg in tablet or liquid extract form daily preferably taken first thing in the morning.   Michael Thomsen, N.D., M.H., is a consultant in the herbal medicine industry and has cowritten a variety of books.  Selected References 1 Trickey R. Women, Hormones, & the Menstrual Cycle[[[em dash]]]Herbal & Medical Solutions from Adolescence to Menopause. Sydney, Australia, Allen & Undwin, 1998. 2 Daiber W. Arztl Prax 35 (65): 1946-1947, 1983. 3 Roeder D. Therapy of cyclical disorders with Vitex agnus castus. Zeiterschrift fur Phytotherapie 15 (3): 157-163, 1994. 4 Milewicz A, Gejdel E, Sworen H, et al. Vitex agnus castus extract in the treatment of luteal phase defects due to latent hyperprolactinaemia.Arzneim-Forsch/Drug Res 43 (7): 752-756, 1993. 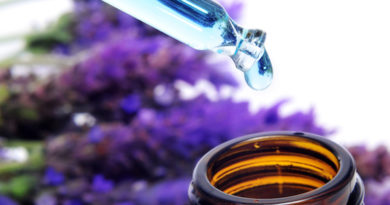 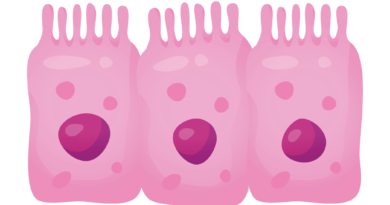 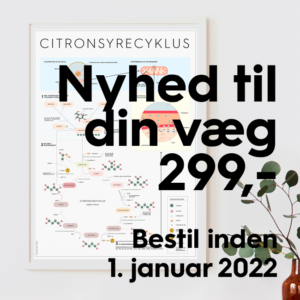